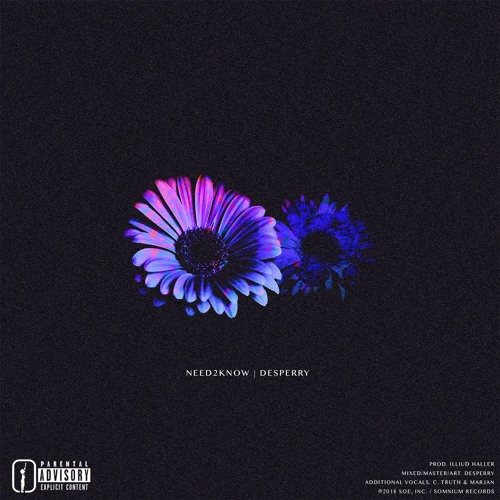 If you read my feature with Desperry a few weeks ago, hopefully you hit those subscribe and follow buttons so you don’t miss any new music. If you slept, you just missed that he released a new single, and this track arrives just in time for the weekend for whatever plans you have. Desperry releases his new single titled Need2Know, which follows in the footsteps of his highly successful release, Pow Wow, which has earned over 10,000 streams on SoundCloud. Check out the full stream of Need2Know below via SoundCloud.

If you’re a Apple Music, subscriber, make sure to add this track to your playlist for the weekend. Don’t forget to connect with me on Instagram and Twitter to tell me your thoughts on this release.