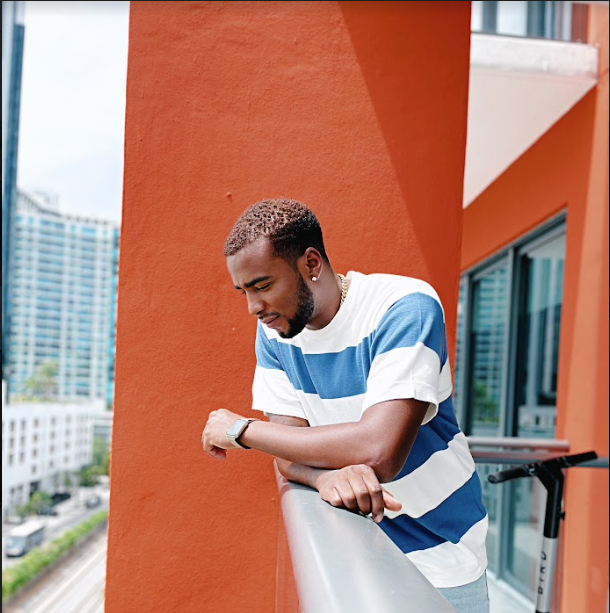 Celebrated recording artist Ishell Vaughan has continued to cement his stance within the music world, peaking several million streams across all streaming platforms.

Ishell Vaughan has been making music since he was a young child. Rhyme, rhythm and beats became the outlet for his struggles, catalyzing his creative growth. The artist’s dedication to his craft remains of utmost importance, resulting in a catalogue of bold, well-constructed projects with razor-sharp messages. He pushes against the negative connotations of being average. At its core, he believes rejecting exceptionalism coincides with the freedom to be fully yourself.

According to researchers, the potential power of the healing power of music lyrics in inspiring hope and help-seeking behaviour in young people experiencing suicidal thoughts, especially those who may be hard to reach through traditional messaging, is staggering.

All artists believe in the power of the zone. Whether musicians or athletes, all of the best ones have a ritual of retiring within themselves. It may be before a performance or before the morning practice. Their zone, like Ishell’s cradle of silence, helps them put things into perspective just as it helps him put words to its emotions.

He says, “The hustle and bustle of the city may sound like noise, but if you listen carefully, there’s a deep hum, a patterned melody within it. Similarly, a huge forest may seem still at first, but with time it will draw your senses to sounds that are full of life and inspiration. For me, within all sounds lies a deep silence which contains within its emotions that are beautiful, delicate, clear, graceful and powerful.

The celebrated artist and producer is committed to using his platform to foster unity and emit a positive message to those around him. Being conscious of music’s powerful ability on listeners, he’s devoted to ensuring that his work is remembered for its positive impression on people’s lives.